JACO VAN DORMAEL: I try to make films with more questions than answers 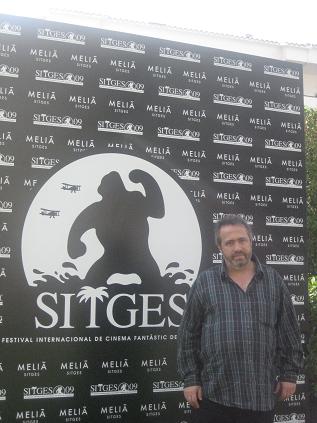 Mr Nobody is the new film of Toto le héros author. It´s a story of a man that in childhood has to decide if he wants to life with his father or with his mother. Then we have to make different choices, falling in love every time as it was the first time and suffering for that. We were with his director, Jaco Van Dormael, who explains the apassionate creative process of making a very original film, full of dramatic and romatic details details and sensitivity, that compete in Official Section in Sitges Film Festival.

-The film talks about choices in life, family, love, loses,etc. Do you think the most important in life is living the present moment or remembering the past or looking at the future?

Jaco Van Dormael (JVD): Oh, this is interesting! I really don´t know. I prefer to be alive. I tried to make a film doesn´t give any answers. I think that when I was 20 or 30 I tried to make films that gives answers to the big questions. But I´m 58 and I´m more trying to focus on questions and not

giving the answers because I don´t have anyone. I have more doubts and it´s fine to have doubts.

-Because questions of life have no answers...

JVD:Yes, have no answers (Laughing), some clues, but no answers.

-In Mr Nobody appears 2092 as a date of the future. In your opinion, would you like future to be as it is described in your film?

JVD: No, not at all. The film it´s a concept of the future, it´s something very cultural, it´s seems Metropolis. Repeat the sort of imagination everybody has of back movies of the future are transforming and...it´s strange. It´s speaking about 2092, nobody would imagine this time, perhaps rockets or anything. It´s just a tiny part of the film that is about the future, but all men are travelling to Mars. We tried because it´s a collective walk to work on individual. Sylvie Olivé has made the set designer and the special effects are from Canada. It´s a crew. I tried to imagine and make something different that someone has been done, but it´s very difficult because it´s difficult to be original. I tried to make it not obvious, because is 2092, but it doesn´t really care, because his mind is in the past. The old man looks through the window, see a sort of interesting city for him and there´s strange doctors, strange jounals...everything is strange, but not really interesting for him. Future is more boring than the past.

-Nemo says he can predict the future. But this is unpredictable because depends on luck or decisions we make, isn´t?

JVD: Yes, sure, that´s an interesting thing. It is at the begining of the story, he has the control of his life because. It´s something very human try to explain why when you are doing this...is because of that, and that, and that. It´s a story telling like a depiction, that we don’t know. Most of the things that happen to us and we don´t know. Is a perception of reality that is something strange, we have highs, we have fears. The perception of our own life is very limited.

The film is about a man who tries to control his own life. All different possible lifes are all interesting. Life is impossible to control, we can change something but it´s like the Theory of Chaos, there is a lot of interaction between a lot of things. We have one thing out of a lor of them.

-Why do you believe men have more fear of life or death?

JVD: Perhaps men have more fear than more than women, because they have children an is a moment very important to doubt about life. It´true men when have kids it´s impossible to imagine another life.

A lot of actions are motivated by hopes and fears, expectations and regrets, but in effect, we try to have the control, but we can change something that you don´t have control. We can´t change something without knowing what it is wrong, that´s why life is much more interesting than films.

-Do you think the main hope of mankind is the inmortality? Or would be so much boring to be inmortal?

JCD: It´s something very interesting about inmortality, about the perception of life it could be infinite. And probably, if we were inmortals, could be boring.

When we are alive life is just like life and the cinema is just life after death, surely because, at the end, it could becomes a story somebody wants to tell it. But at the moment that we are alive it’s logical because it has an end, because it´s something that happens and happens...

-Mr Nobody has a mix of different genres: drama, romance, fantastic...What is your favourite genre?

JVD: A mixing of genres and styles, to put some elements as much contrast as possible, just like in life.